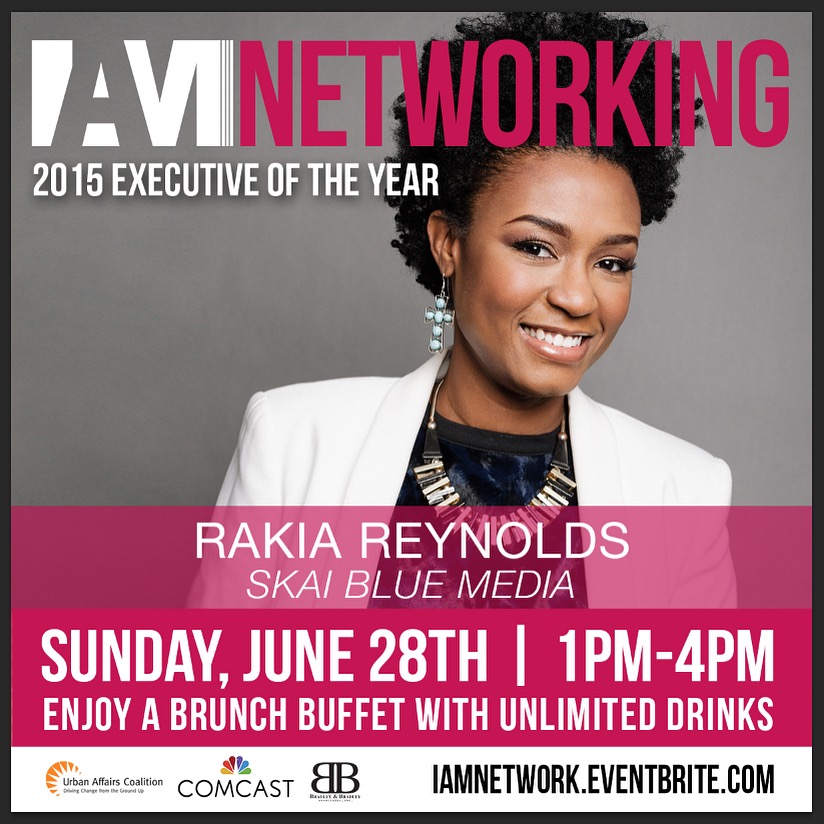 Introducing the 2015 IAM Executive of the Year

Rakia Reynolds is the founder of Skai Blue Media, a multimedia public relations agency with an all-star roster of lifestyle, technology, non-profit and fashion clients such as Uber, Forbes, Project Runway winner Dom Streater, Serena Williams, HSN, Ted Baker London, Campbell’s, Dell and Big Brothers Big Sisters to name a few. Noted as an influencer in the creative business industry, Reynolds is sought after by companies to provide her expertise in creative development, branding and strategic communications. Reynolds was recently named one of the 25 tastemakers on Dell’s “Inspire 100” list, a list of the most socially influential people in the country.

As a leader in the communications industry, Skai Blue Media provides business development, marketing, and message strategy to nonprofits, tech start-ups, and fashion designers, among other businesses such as Reynolds’ path to entrepreneurship started with creative ventures, including a role producing shows for MTV, TLC and Discovery Health networks. Ultimately, she chose to create her own company that represents the future of public relations in the digital age.

A self-described “octopus woman, wearing many hats,” Reynolds currently serves as the co- president of the Philadelphia chapter of Women in Film & Television, serves as a board advisor for Fashion Group International, and the National Association for Multi-Ethnicity in Communications. Reynolds is a chapter leader for the Young Entrepreneur Council, and was presented the Power to the Community award by PECO for being a community trailblazer. In 2014, she was appointed to the United Nations Global Accelerator, a select group of entrepreneurs from around the nation who collectively address real-world issues with creative solutions. Reynolds also serves on the advisory committee for Global Act, a service-oriented charity that unites diverse, accomplished leaders in accelerating positive social change.

Reynolds has worked as a guest editor for Marie Claire magazine, has been featured in Essence, Lucky, and Uptown, and writes entrepreneurial-focused articles for outlets like Forbes.com, Living in the Grey, StartUpCollective.com, BlackEnterprise.com, Idea Mensch, and Killer Startups.

In addition to her full-time work in multimedia communications, Reynolds is a wife and mother of three children.